Cassini Probe to Take Photo of Earth From Deep Space

WASHINGTON - NASA's Cassini spacecraft, now exploring Saturn, will take a picture of our home planet from a distance of hundreds of millions of miles on July 19. NASA is inviting the public to help acknowledge the historic interplanetary portrait as it is being taken. 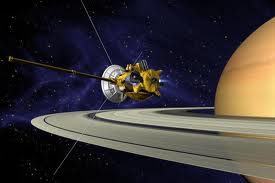 Earth will appear as a small, pale blue dot between the rings of Saturn in the image, which will be part of a mosaic, or multi-image portrait, of the Saturn system Cassini is composing.
"While Earth will be only about a pixel in size from Cassini's vantage point 898 million (1.44 billion kilometers) away, the team is looking forward to giving the world a chance to see what their home looks like from Saturn," said Linda Spilker, Cassini project scientist at NASA's Jet Propulsion Laboratory (JPL) in Pasadena, Calif. "We hope you'll join us in waving at Saturn from Earth, so we can commemorate this special opportunity."

Cassini will start obtaining the Earth part of the mosaic at 5:27 p.m. EDT (2:27 p.m. PDT or 21:27 UTC) and end about 15 minutes later, all while Saturn is eclipsing the sun from Cassini's point of view. The spacecraft's unique vantage point in Saturn's shadow will provide a special scientific opportunity to look at the planet's rings. At the time of the photo, North America and part of the Atlantic Ocean will be in sunlight.
Unlike two previous Cassini eclipse mosaics of the Saturn system in 2006, which captured Earth, and another in 2012, the July 19 image will be the first to capture the Saturn system with Earth in natural color, as human eyes would see it. It also will be the first to capture Earth and its moon with Cassini's highest-resolution camera. The probe's position will allow it to turn its cameras in the direction of the sun, where Earth will be, without damaging the spacecraft's sensitive detectors.
"Ever since we caught sight of the Earth among the rings of Saturn in September 2006 in a mosaic that has become one of Cassini's most beloved images, I have wanted to do it all over again, only better," said Carolyn Porco, Cassini imaging team lead at the Space Science Institute in Boulder, Colo. "This time, I wanted to turn the entire event into an opportunity for everyone around the globe to savor the uniqueness of our planet and the preciousness of the life on it." 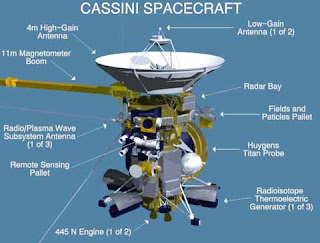 Porco and her imaging team associates examined Cassini's planned flight path for the remainder of its Saturn mission in search of a time when Earth would not be obstructed by Saturn or its rings. Working with other Cassini team members, they found the July 19 opportunity would permit the spacecraft to spend time in Saturn's shadow to duplicate the views from earlier in the mission to collect both visible and infrared imagery of the planet and its ring system.
"Looking back towards the sun through the rings highlights the tiniest of ring particles, whose width is comparable to the thickness of hair and which are difficult to see from ground-based telescopes," said Matt Hedman, a Cassini science team member based at Cornell University in Ithaca, N.Y., and a member of the rings working group. "We're particularly interested in seeing the structures within Saturn's dusty E ring, which is sculpted by the activity of the geysers on the moon Enceladus, Saturn's magnetic field and even solar radiation pressure."
This latest image will continue a NASA legacy of space-based images of our fragile home, including the 1968 "Earthrise" image taken by the Apollo 8 moon mission from about 240,000 miles (380,000 kilometers) away and the 1990 "Pale Blue Dot" image taken by Voyager 1 from about 4 billion miles (6 billion kilometers) away.
The Cassini-Huygens mission is a cooperative project of NASA, the European Space Agency and the Italian Space Agency. JPL manages the Cassini-Huygens mission for NASA's Science Mission Directorate in Washington, and designed, developed and assembled the Cassini orbiter and its two onboard cameras. The imaging team consists of scientists from the United States, the United Kingdom, France and Germany. The imaging operations center is based at the Space Science Institute in Boulder, Colo.
To learn more about the public outreach activities associated with the taking of the image, visit: